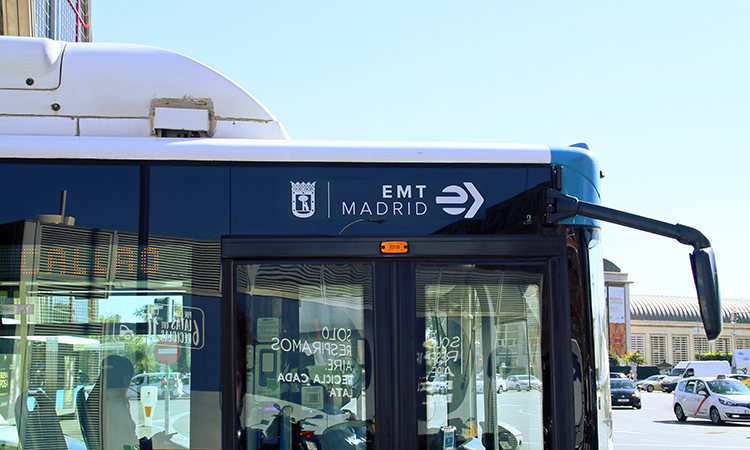 Line 001 (Atocha-Moncloa Station) has been the most used line, with an annual calculation of 1.6 million travellers; the C03 perimeter reached 652,000 passengers and the 002 line (Puerta de Toledo-Argüelles) reached 325,000. In total, during 2022, almost two million users have chosen lines 001 and 002 to move around Madrid, completely free of charge.

The first zero-emission line, 001, was launched in February 2020 as a pioneering measure and one of the most emblematic of the Madrid 360 Environmental Sustainability Strategy. With zero emissions, it is a line with 100 per cent electrical equipment, and at no cost to the user.

Just two weeks after it became part of the EMT network, at the beginning of March 2020, the second zero-emission line, 002, was launched, which, like its predecessor, crossed the Centro district with electric buses and free of charge for the user.

After the harshest months of the pandemic, in September 2020, the third zero-emission line, C03 – a perimeter line that bypasses the Centro district with zero-emission buses – began to operate.

In the year of commissioning, 2020, and with all of the mobility restrictions due to the crisis generated by COVID-19, the zero lines had more than 1.1 million travellers.

A solid commitment to sustainable mobility

In its commitment to achieve the maximum decarbonisation of surface public transport, Madrid City Council announced at the end of 2021 the end of the use of diesel in the municipal bus fleet. The Mayor of Madrid, José Luis Martínez-Almeida, promised that all of the lines would operate with electric and natural gas buses as of January 2023. To achieve this objective, in 2022, EMT has allocated more than €177 million for the acquisition of 520 CNG buses and 50 electric buses.

As part of the strategic projects for a more sustainable city, EMT will build an innovative ‘green’ hydrogen refuelling plant in the Entrevías Operations Center. This will also include a photovoltaic plant for the generation of electricity from renewable sources, so that the production of ‘green’ hydrogen is carried out on site. This station will supply, in its first phase, 10 zero-emission buses powered by hydrogen-fuelled fuel cells.

In addition, EMT will undertake the design and construction of its new operations centres. EMT will carry out the re-modelling project of La Elipa, a 100 per cent electric and energetically sustainable garage that will be a national and international benchmark and will house 318 electric buses. In addition, and to serve the lines in the north of the city, EMT will build in Las Tablas a centre for low-emission buses, with more than 9,000m2 and a total capacity of 513 seats.