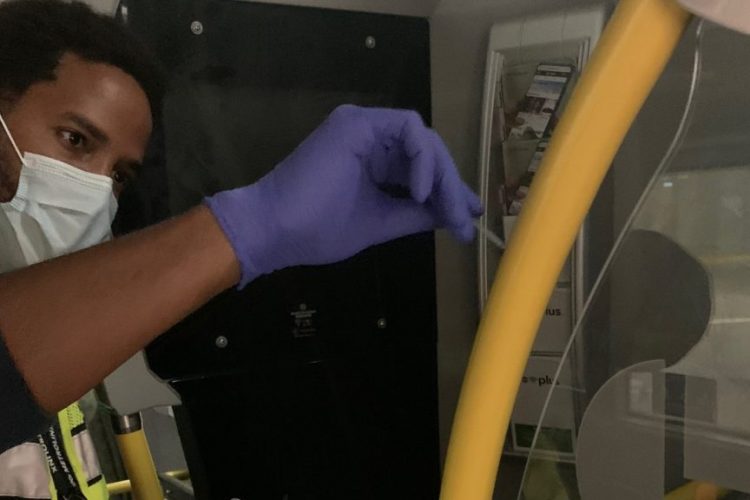 Credit: Metrolinx - All the touch points on vehicles and inside stations came back negative for the virus

It’s an ‘all clear’ from Metrolinx experts conducting a pilot project looking for the virus on transit touch-points and in the air at some of the busiest train and bus locations in Toronto.

In all, 17 air and 19 surface swab samples were collected in high traffic or high-touch surfaces areas.

Results from the laboratory analysis indicated that no genetic material of the virus was detected in any of the samples.

Metrolinx is confident that the environmental sampling pilot provides assurance to customers and staff that the virus was not present and that control measures are working. ds.

Locations for sampling were selected based on where high traffic of customers could be expected in the York and Bay concourses, including the York Concourse food court. Air samples were collected at the breathing zone height – that means at head level – where over 1000L of air gets pulled through the filter over the course of approximately one hour. Swabs were also collected from known high-touch surfaces such as Ticket Vending Machine (TVM) screens and pin-pads, door handles/push bars, elevator buttons, and escalator handrails.

Once the laboratory received the samples, they were processed through Quantitative Reverse Transcription PCR analysis (qRT-PCR). This type of analysis looks for the presence of SARS-CoV-2 genetic material and is reported as positive or negative detection.

In the next few months, Metrolinx says it will be repeating the same testing at various stations and operational facilities, as well as on trains and buses for continued assurance.