Go-Ahead has urged drivers to use a bus, train or bike over a car just twice a month to help reduce emissions and improve air quality. 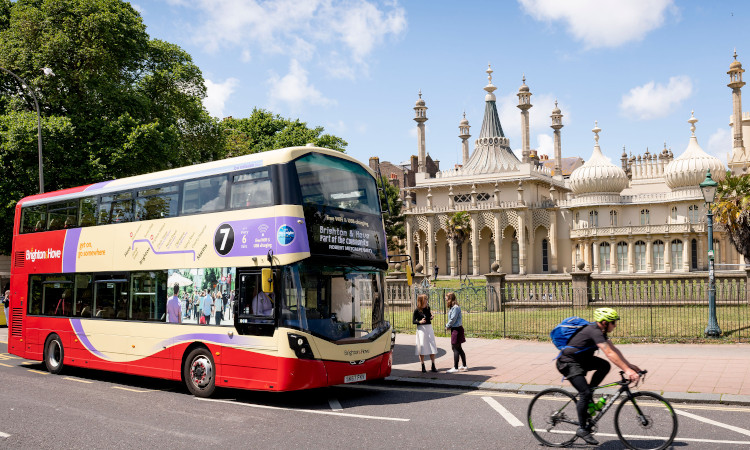 To mark Earth Day 2021, Go-Ahead is urging motorists to leave their cars at home just twice per month in favour of another mode of transport in order to reduce emissions and improve air quality.

Just a small change in regular travel habits has the potential to dramatically reduce greenhouse gas emissions. According to Go-Ahead, motorists typically make around 600 car journeys annually, but switching just one in every 25 of these journeys to a bus – equivalent to a couple of trips a month – would reduce carbon dioxide emissions by two million tonnes per year. This is equivalent to the environmental gain that would be made by switching every single one of the UK’s buses from diesel to zero emission energy sources, such as electricity or hydrogen.

The bus operator’s call to action falls in line with the UK government’s target to reduce greenhouse gases by 68 per cent by the end of this decade. As part of this, the Climate Change Committee recommends motorists switch to bus usage.

Katy Taylor, Go-Ahead’s Chief Strategy and Customer Officer, said: “Earth Day encourages us to think how we, as individuals, can reduce our impact on the world. Taking public transport is not only the environmental option; it is the best one for our own health and that of our communities. If everyone switched to the bus a couple of times a month, we could collectively rebuild our communities and enjoy the quieter streets from last April while avoiding a car-based recovery from the pandemic.”

Private cars account for 55 per cent of greenhouse gas emissions from transport. Buses account for just three per cent of emissions, and one double-decker bus has the potential to take as many as 75 cars off the road.

Go-Ahead’s Earth Day statement is just one part of the operator’s efforts to combat climate change and improve air quality. It currently operates the industry’s largest UK-wide fleet of electric buses and has two all-electric bus garages in London. Its efforts so far have resulted in 22 per cent absolute reduction in carbon emissions output 2016.