Aside from constant cleaning and social distancing measures, the Moscow Metro also has its very own security service to keep passengers safe. 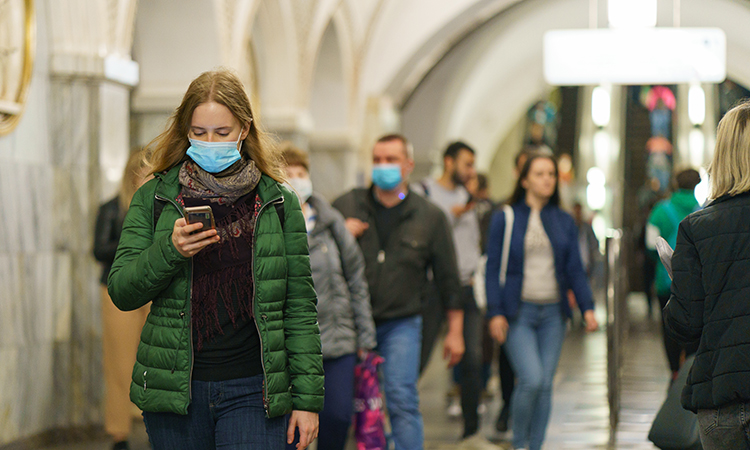 Mask wearing is mandatory on the Moscow Metro

The World Tourism and Travel Council (WTTC) has awarded Moscow Metro its Safe Travels mark, which indicates the network has complied with the WTTC’s global protocols. The Moscow Department of Transport says this means that Moscow Metro is “absolutely safe and meets all sanitary standards”.

This status will be indicated by special green stickers at some central metro stations, which the network hopes will reassure both residents and foreign tourists who are gradually returning to the Russian capital.

“Moscow Metro follows all the sanitary and hygienic requirements and safety standards of the World Health Organization,” said Maxim Liksutov, Deputy Mayor of Moscow for Transport.

“Passenger safety is the top priority on Moscow transportation, and in this matter we adhere to the highest standards,” he concluded.

Though the pandemic is clearly one of the most pressing safety issues facing transport networks worldwide at present, more traditional security concerns have not gone away. In addition to the above measures, Moscow Metro also has its own security force to keep staff and travellers safe.

The Security Service of Moscow Metro was created two years after terrorists attacked Lubyanka and Park Kultury stations in 2010. According to the Head of Security Service Andrey Kichigin, the main task is to prevent citizens with prohibited items or substances from entering the Metro’s infrastructure.

The network however was also quick to reassure that the vast majority of potential security alerts turn out to be harmless. In 2020, around 13,000 items ended up in the Lost and Found office of the Moscow Metro.

These were mostly made up of bags, phones, umbrellas and purses, but last years’ list also included a bag of antique coins, a box of minerals, 3kg of buckwheat, a snowman costume and a box of champagne.