Are transport workers being left behind in Dakar?

The International Transport Workers’ Federation has expressed concern that workers are being forgotten in Dakar’s new Bus Rapid Transit project. 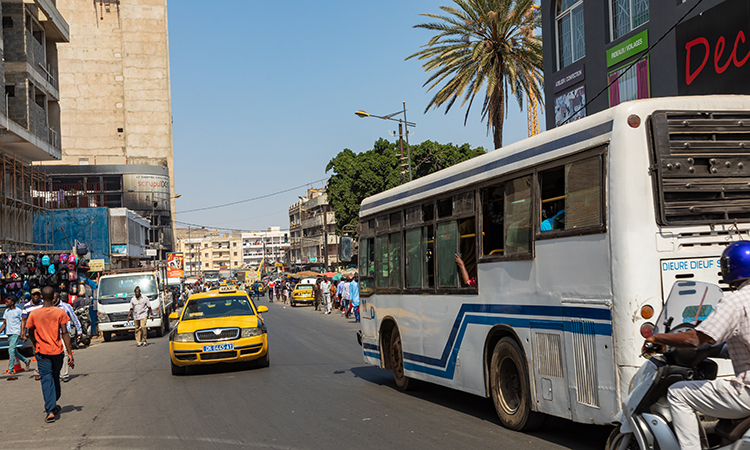 Up to 10,000 jobs in Dakar’s informal sector could be at risk unless more is done to include informal workers in the city’s upcoming Bus Rapid Transit (BRT) system project, warns a report commissioned by the International Transport Workers’ Federation.

The Dakar Bus Rapid Transit Labour Impact Assessment Research Report 2020 highlights the reality of informal public transport workers in the Senegalese capital and the major issues they face, including job insecurity, low pay, long hours, harassment and lack of training or pathways into formalised work. The ITF says its report is being published this week to coincide with the Transforming Transport 2021 conference, which is co-organised by the World Bank. Alongside the European Investment Bank and the Green Climate Fund, the World Bank is the majority funding partner of Dakar’s BRT project.

“COVID-19 has exposed the vulnerabilities of workers in the transport sector, particularly informal workers,” said Papa Sakho from Dakar’s Cheikh Anta Diop University, who is one of the report’s authors.

“With few financial protection nets, informal transport workers have been devastated by the pandemic. Better inclusion, consultation and employment pathways would benefit thousands of women and men at a time of unprecedented economic hardship. BRT could be an opportunity to formalise areas of the informal transport economy and prevent some of Dakar’s most vulnerable workers from being left behind.”

The report found extreme levels of insecurity among Dakar’s informal transport workers, with only six per cent saying they had a job contract with their employer. Women were less likely to have a contract, with only 2.5 per cent of women having one, compared to 7.5 per cent of men. Two-thirds of all workers surveyed (68.7 per cent) did not have regular jobs, and 57 per cent of workers interviewed said they received their incomes directly from customer fares.

According to the ITF, there was very low awareness about BRT among informal workers interviewed for the report, with 76.5 per cent of workers saying they were not aware of the plan.

Although this has likely now changed as BRT construction gets underway, it highlights how little had been done to engage them in the project’s initial phase.

“It was when I got back from the village … that I heard we’d been evicted. I’ve not even been registered, and it was through the press that I learned that BRT work is starting,” one garage trader said. Over 56 per cent of workers surveyed said they risked losing their job with the establishment of BRT.

Under the leadership of Gora Khouma, Secretary General of the Union des Routiers du Sénégal (URS), ITF and its local affiliates and drivers’ associations say they have already been in contact with the Executive Council of Urban Transport in Dakar (CETUD) on BRT and the promotion of what they call “decent work” in urban transport.

The ITF also recommends that workers’ own proposals for formalising their industry are heard. These proposals include providing more opportunities for vocational training, particularly for women, prioritising informal workers in BRT recruitment, and improving workspaces, including through the provision of such facilities as toilets, shelter and drinking water.

“We’re calling on CETUD, the Senegalese authorities, the World Bank and other international donors and investors to prioritise the wellbeing of thousands of informal workers within BRT,” says ITF Africa Francophone representative Bayla Sow.

“Improvements to their working conditions and livelihoods will in turn benefit passengers and the Dakar economy as a whole.”