A US launch could follow a European one quite quickly for Volocopter, as the FAA has accepted its application for a concurrent Type Certificate. 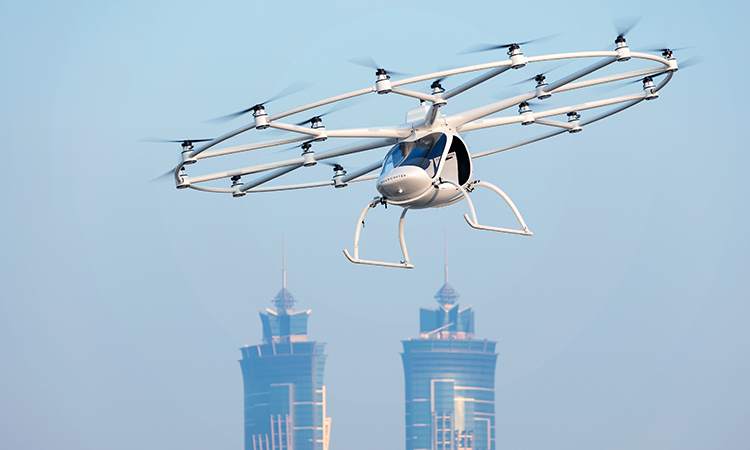 German air-taxi start-up Volocopter has announced that the Federal Aviation Administration (FAA) has “positively accepted” its application for a concurrent Type Certificate validation, meaning the firm could enter the US market once the European Union Aviation Safety Agency (EASA) grants its aircraft a Type Certificate.

Volocopter says it is the first and only electric vertical take-off and landing (eVTOL) company in the world with Design Organization Approval (DOA), the license to develop and build certified aircraft, from the EASA.

“We are the ‘Pioneer of Urban Air Mobility’ and our accomplishments are setting the stage for more extensive adoption of UAM implementation by our industry. By focusing on a collaborative approach to success, we are bringing excellence, expertise, and experience to the table together with our partners, and with that, we are leading the way to bring urban air mobility to life in cities around the globe,” said Florian Reuter, CEO of Volocopter.

“From the beginning, we have considered the US an important market for our services. Certification is the key to this market, and we are excited to begin the process of seeking approval from the FAA to introduce this innovative era of mobility not only in Europe and Asia but also in the U.S.”

The VoloCity, Volocopter’s electric air taxi, is designed to meet the highest aircraft safety standards and features the lowest noise development in the industry, according to the company. Volocopter developed the VoloCity specifically to meet growing demand for better intra-city mobility in large cities like Los Angeles, New York City, San Francisco, and Washington D.C. among others.

Volocopter is currently working with EASA on certification for commercial launch planned in the next two to three years.

By offering concurrent type certificate validation, the FAA gives aircraft manufacturers like Volocopter the opportunity to show that they are fulfilling the necessary requirements parallel to being certified by the primary authority of the company’s current jurisdiction, eg the EASA. This format promotes open communication about certification and safety qualifications internationally for aircraft like the VoloCity.