The two agencies have committed to increasing bus speeds and improving passenger experience with the help of automated camera enforcement of bus lanes. 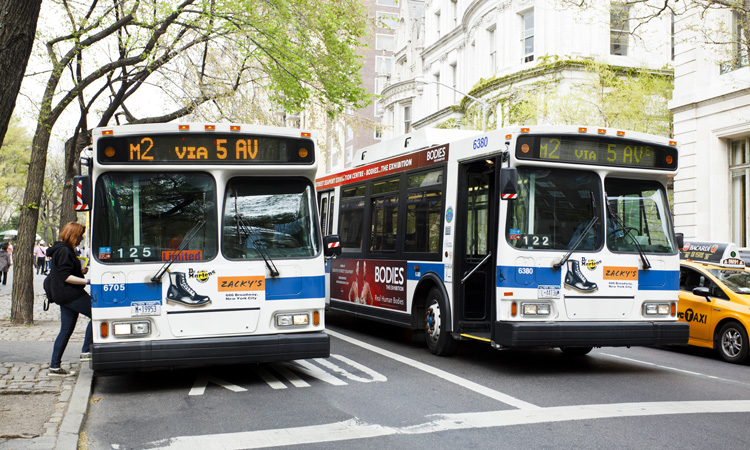 The Metropolitan Transportation Authority (MTA) and New York City Department of Transportation (DOT) have announced that stationary and bus-mounted cameras to enforce bus lane restrictions are coming to a host of new corridors and bus routes across the City, with a 60-day warning period beginning Monday 10 August.

With the announcement of the Better Buses Restart plan and new routes featuring bus-mounted cameras, the enforcement is expected to help ensure that congestion is reduced and bus speeds and commute times are improved for riders.

“The Mayor’s Better Buses plan is making sure more buses can move quickly and reliably in dedicated lanes – and automated camera enforcement is among the best ways to make that happen,” added Polly Trottenberg, New York City Department of Transportation Commissioner. “As we add nine new corridors, I am proud to stand with our partners at MTA, who have shown that improving bus service has clearly been a shared priority. I also want to thank the state legislators who spearheaded the new law that allowed this unprecedented enforcement expansion. Together, we are making sure buses play a central role in moving New Yorkers in our city’s COVID-19 recovery.”

“Well enforced bus priority is the key to increasing bus ridership. Automated camera enforcement is an essential tool in keeping bus lanes clear, because dedicated bus lanes alone do not work if motorists do not respect them or abide by traffic laws,” said Craig Cipriano, MTA Bus Company President and NYC Transit Senior Vice President for Buses. “So if you’re a motorist, consider this your warning: bus lanes are for buses, and our joint resolve with DOT to enforce the rules covers more city streets than ever before.”