A refreshing new look for Nottingham’s trams has been unveiled at the start of refurbishment programme worth over £300,000 for the existing fleet… 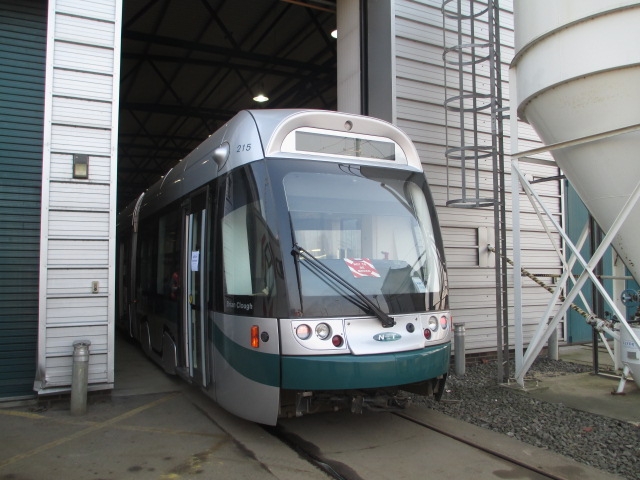 A refreshing new look for Nottingham’s trams has been unveiled at the start of refurbishment programme worth over £300,000 for the existing fleet. 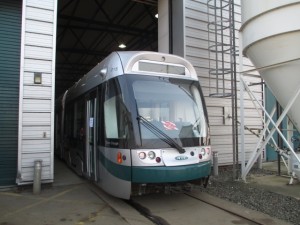 The first tram to benefit from a smart new livery rolled out of the NET depot at Wilkinson Street today (Friday) and went straight into service, helping to celebrate the network’s ninth birthday.

Over coming weeks the rest of the 15 tram fleet will undergo a similar transformation that also includes new LED lights, the installation of new seats and a thorough ‘deep clean’.

They’ll also benefit from revised signage and information graphics and Paul Robinson, NET General Manager, is sure the refresh will prove a hit with customers.

“The first tram to receive the makeover is set to receive a lot of attention in the coming weeks before the new look becomes a familiar sight across the network,” he explained.

“For a system that is nine years old, our trams are in good condition and our customers have played their part in keeping them this way. However, the time was right to give them a comprehensive refresh as we build up to the launch of the expanded network.”

“The restyled livery for the existing fleet will complement the look of the 22 new Alstom Citadis trams which will start to enter service in advance of the Phase Two extensions to Chilwell and Clifton.”

He added: “We’re delighted to have finished work on the first tram in time for the ninth birthday celebrations that will include commemorative tickets for the first 1,000 customers using the vehicle and the chance to enter a special competition via our website.”

The refurbishment programme is being carried out by Alstom, a member of the Tramlink Nottingham consortium which won the concession from Nottingham City Council to operate the network and develop the Phase Two extension.

Terence Watson, Managing Director of Transport at Alstom, said: “We’ve worked hard with a team of experts to get this major refurbishment right, and we’re delighted with the results. The tram looks fantastic and we’re sure customers will really appreciate the attention to detail.”

Key elements of the project were supported by Stewart Signs Ltd and Mitie Transport Services Ltd.

Councillor Jane Urquhart, Portfolio Holder for Planning and Transportation at Nottingham City Council officially launched the new look tram and commented: “We are delighted with the new tram designs, they are a further indication of NET’s strong visual identity and the Council’s vision for a world-class tram network.

“Once completed, the expanded network will be one of the best light rail systems in the UK, with one of the most iconic and modern fleets in the country. This is something in which the city will be able to take great pride.”

One response to “New look for trams unveiled”