The London Cycling Campaign (LCC) has published a research paper, arguing that road-legal micromobility technologies, with safe access to cycle tracks, will significantly contribute to the decarbonisation of the UK. 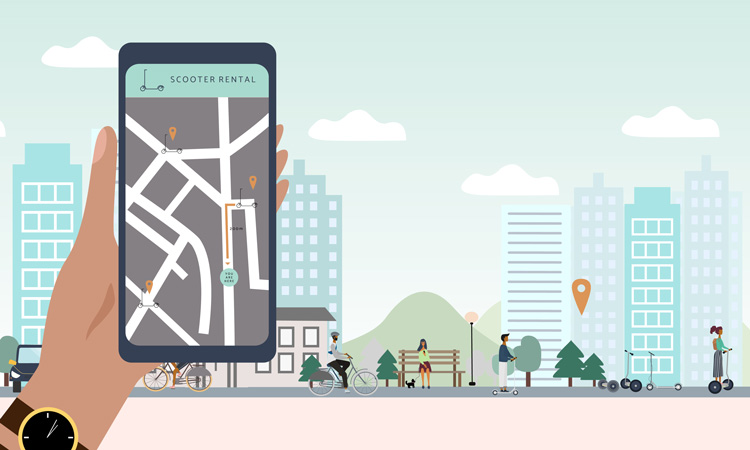 In a recent research paper, the London Cycling Campaign (LCC) has argued that e-scooters and other micromobility technologies should be made road-legal in London according to strict requirements and have access to cycle infrastructure.

A mass mode shift away from car use to walking, cycling, public transport and new, shared mobility options will be essential to decarbonising London’s roads, LCC explained.

To maximise the environmental impact and the reduction of congestion offered by these new technologies, LCC has called for e-scooters to be legalised and allowed to be used on cycle tracks in London and across the UK. LCC also called for a redoubling of programmes to increase protected road space for both cycling and the range of new electric micromobilities that includes e-bikes, e-scooters and e-cargo bikes.

LCC welcomed the government plans for shared e-scooter trials, but said it would like to see the opportunity to try e-scooters extended beyond the holders of driving licenses, as currently proposed. It also proposed that the trials should be held across the capital, or in as many coherent and continuous boroughs as possible, rather than in just a select number of areas.

The LCC Policy Forum’s research paper suggested that catering appropriately for these new personal and freight travel modes, alongside cycling and walking, would help create the less polluted, climate safe streets that those living in London and other urban areas want to see post-pandemic.

The way to do this, according to the paper, would be to ensure users of e-scooters and other micromobility forms remain restricted from using crowded pavements created for pedestrians, and instead are allowed to access protected cycle tracks legally.

The paper also highlighted the similarities between pedal cycles, e-scooters and e-bikes in terms of speeds and mass: “as small, relatively light and un-enclosed vehicles they all face road danger from cars and lorries; and safety gains for these modes come collectively by providing segregated space for their use.”

The paper offered arguments and options regarding the practical roll-out of different forms of e-micromobility in the UK. It also includes exploration of:

Don’t ask Santa for an e-scooter this Christmas: Introducing e-scooters the right way