As part of our ‘City Snapshot’ series, Travis Ota and Wes Frysztacki from the Honolulu Department of Transportation Services explain how Honolulu, isolated on an island 2,200 miles from mainland mobility services, has had to adapt and plan to offer residents viable options for urban travel. 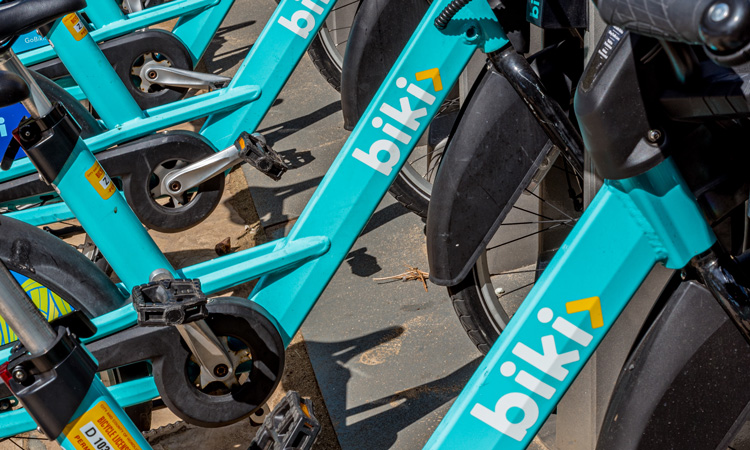 Honolulu, the capital of Hawaii, is seeing the impact and benefits of micromobility sharing. It offers our residents and commuters more transportation options than the traditional car or the timetabled bus.

With Honolulu Mayor, Kirk Caldwell, signing Bill 44 into law at the end of 2019, we expect to see a rapid expansion of Honolulu’s micromobility fleet, offering residents the options to choose bike-share, e-bikes, or even scooters in the future, as preferred mobility options.

The main objective of Bill 44 was to address safety concerns. Honolulu had to stop the first deployment of micromobility devices because the operation was not compliant with existing laws. Safety problems included the placement of devices where they were obstructing pedestrian and traffic movements, and Bill 44 remedied that problem.

The City and County of Honolulu partnered with the current bike-share company, Biki, a non-profit organisation, to provide initial studies, administrative support, funding and locations to provide bike-sharing stations. The intent was for Biki to become self-sustaining – it is currently the sixth most used bike-share programme in the entire nation! This huge step for micromobility growth in Honolulu helped push the need for more ride-sharing options, and ultimately, the passing of Bill 44.

Micromobility and service integration is not new to Honolulu, but it is something that residents are becoming more accustomed to in recent times”

We feel that a lot of people are still trying to find ways to ditch their cars on the island. Until our rail system is operational later this year, commuters only have the options of hopping on a bus or bringing their cars to work or school – we’re hoping that rail will fix that. We expect new micromobility options to offer their services at and around our new rail stations as useful and reliable first- and last-mile solutions.

Honolulu is on the island of O’ahu’s south shore and, as a city, is very compact. On one side of our island’s primary urban corridor is the mountain range, and on the other is the ocean. These dominant geographical features limit our ability to expand our roadway systems, but offer unique benefits of endless mobility opportunities. Our wonderful weather allows for 24/7 mobility through walking, biking and micromobility services.

One of the key challenges that Honolulu faces, however, is hesitation among some residents when it comes to new transportation projects, programmes and services. There are some that do not like the idea of change, however, as the new ideas are being rolled out, residents become accustomed to them and are willing to try them out. Our new protected bike lanes on King and South Street (two heavily used one-way streets in Honolulu) have been experiencing strong and sustained user growth.

Honolulu’s transport projects under development or in construction involve all modes. We are in the process of constructing rail – the first major driverless urban metro rail line in the U.S. The first 10 miles will open in late 2020, another six miles in 2022 and a third section with four miles opening in 2025. There will be 21 stations with significant multimodal access as well as bus integration improvements. 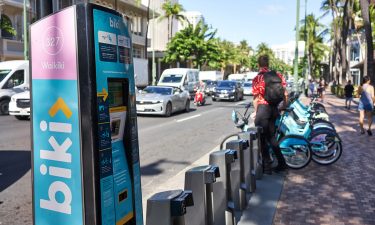 We are also in the process of creating bus only lanes for Honolulu’s roadways. These will feature red lane markings and other preferential treatments and will be used by Honolulu’s first electric buses.

The future for Honolulu’s mobility is looking bright! We recently opened the Joint Traffic Management Center (JTMC), also known as Hōkū Pa’a. The JTMC is a multi-agency collaboration to improve traffic management and public safety coordination on O’ahu, which includes Honolulu Fire, Police and Emergency services, and both city and state transportation agencies. By allowing these agencies to operate under one roof, there will be:

Micromobility and service integration is not new to Honolulu, but it is something that residents are becoming more accustomed to in recent times. With Bill 44 opening new possibilities, and our numerous transport projects predicted to increase ridership and decrease the use of polluting, single occupancy vehicles, Honolulu is certainly on the right track. 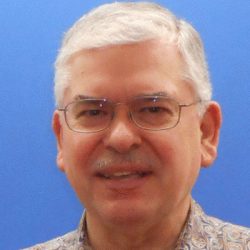 Over the past 20 years, Frysztacki has been active in Hawaii advising on the improvement of all forms of ground transportation. Frysztacki has worked as a consultant on transportation infrastructure assignments in 35 states. His specialty has been advising dozens of cities on how to foster the best relationship between transportation and land development. He worked on station area access plans and redesigned bus feeder systems and major linkages to rail lines in Vancouver BC (Skytrain), Washington DC (WMATA’s Metro) and Los Angeles (Green and Blue Lines). 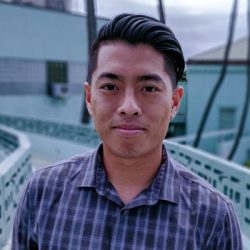 Travis Ota is the Information Specialist of the Department of Transportation Services (DTS) for the City and County of Honolulu.

Ota is a graduate of the University of Hawaii at Manoa with a degree in Environmental Studies. He has worked for the City and County of Honolulu since 2013 at the Honolulu Board of Water Supply under Conservation and Construction branches, before settling into Transportation.