The ‘old’ system for paying public transportation fares in Denmark dated back to the 1970s and comprised tickets, multiple ride discount cards and monthly passes. After many years of use and extensive wear and tear of the system’s equipment, action was required to improve the entire process. Instead of updating this outdated equipment, in 2003 the Danish transport operators elected to procure a new ticketing system called Rejsekort that would make it easier for customers to travel with multiple transport operators and ticketing systems. Here Bjørn Wahlsten, CEO of Rejsekort A/S, takes a look at what makes the Rejsekort system work, as well as its future initiatives. 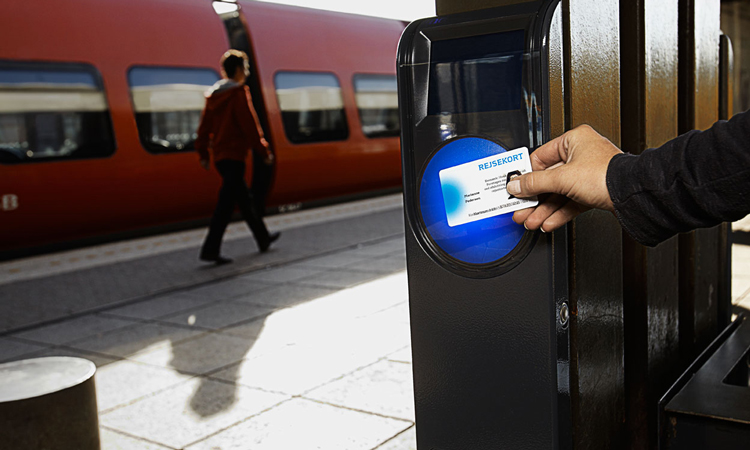 In 2003 the Danish transport operators formed the joint venture Rejsekort A/S with the declared objective of ‘overseeing the establishment and operation of an electronic ticketing system for public transport by train, bus and Metro, as well as associated activities’.

The owners of Rejsekort A/S include DSB (national rail); Copenhagen Metro and the regional bus operators Movia (Zealand); Nordjyllands Trafikselskab (Northern Jutland); Midttrafik (Central Jutland); Sydtrafik (Southern Jutland) and FynBus (Funen). FynBus operates bus services on the island of Funen and will become the last bus operator to join the Rejsekort system at the beginning of 2017.

Rejsekort is a chip card-based ticketing system for travelling by bus, train and metro. The Rejsekort unites Denmark’s various transport operators, pricing zones, ticketing systems and discount schemes into a common system that makes it easier to use public transport. Regional implementation of the Rejsekort system began in 2011 and now customers can travel nationwide by train and bus with a Rejsekort.

Beginning in 2017, customers will also be able to use the Rejsekort for journeys between Copenhagen and Malmö, Sweden.

How does the Rejsekort work?

Customers purchase a Rejsekort and transfer money into their Rejsekort account. Journey fares are then deducted from this balance. Customers can sign-up for a reload agreement which automatically transfers funds from the customer’s payment card every time the Rejsekort balance reaches a designated minimum.

Customers start a journey by ‘checking-in’ on a bus or at a station. Changing transport mode during a journey requires a transfer check-in; then, at the end of the journey, the customer must ‘check-out’ to determine the final journey fare. A pre-payment of DKK 25 is deducted upon check-in. The final fare is calculated at the end of the journey and the difference is refunded or deducted from the customer’s Rejsekort balance.

Danish train stations have no gates and checking-in/out has been the subject of much discussion during the system’s implementation and start-up period. Today more than 98.5% of all journeys are correctly concluded with check-out and customers are getting better at remembering to check-out. Older customers are the best at remembering to check-out, followed by children and parents, among whom mothers are best at checking-out. Those who have the lowest check-out rates are young men; particularly on Thursday and Friday evenings and especially in the early hours of the night.

The extensive check-in/out data from customers gives the transport operators and Rejsekort a precise and detailed picture of traffic flows and travel patterns. This means that the transport operators can plan better for peak/off-peak periods and they are better equipped for managing daily operations, particularly timetabling and coordination of bus and train connections – all of which benefits public transport passengers.

Rejsekort A/S is responsible for the collection of all ticketing revenue from Rejsekort journeys and the administration of an accounting system that distributes revenue between the transport operators.

In many respects the Rejsekort has changed customer behaviour in the public transport sector.

As a result, www.rejsekort.dk is a very popular website, with more than one million visitors per month. In addition to being able to search for information about the Rejsekort on the website, customers can freeze their Rejsekort; contact the Rejsekort Customer Centre operated and managed by the transport operators; and view their personal Rejsekort information, including an overview of past journeys.

With a Personal, Flex, Business or Commuter Rejsekort, customers can use the self-service options, such as signing-up for a re-load agreement.

There are five different types of Rejsekort for customers to choose from:

Rejsekort Personal, Flex and Commuter can be ordered at www.rejsekort.dk,whereas Business must be ordered directly from a transport operator, and Anonymous can only be purchased and re-loaded at a staffed point-of-sale or the Rejsekort ATMs.

Rejsekort has developed new apps to meet the changing needs of its customers. In 2015 Rejsekort collaborated with a partner company to develop the Rejs Nemt app which sends an ‘alarm’ to customers reminding them to check-out. Customers now have an extra opportunity to check-out if they forget, thanks to the June 2016 introduction of the Check Udvej app which enables check-out via a smartphone or at www.rejsekort.dk.

The Check Udvej app has been a great success with more than 130,000 customers downloading it onto their smartphones.

The Rejsekort system has provided the impetus for simplifying Denmark’s public transport fares – a project that has garnered strong political support. Beginning in 2017, ticket fares in eastern and western Denmark will be harmonised in a simplified fare system.

In Greater Copenhagen more than 50% of the population over the age of 12 has used a Rejsekort within the past 12 weeks – nationwide, this figure is one in four people.

Final delivery of the Rejsekort system and future initiatives

In 2015 the final component of the contract to supply the Rejsekort system was delivered. The Rejsekort has been in operation since 2011 and more than 2.2 million Rejsekort cards have been sold, of which 1.9 million are currently active.

A security update is planned to begin in 2017, during which the Rejsekort system will migrate from MiFare Classic to MiFare DESFire.

Rejsekort A/S and the transport operators are closely monitoring technological developments in electronic ticketing, including the need for implementing new functions and technological advances. As a result, the Rejsekort will eventually be available in smartphone solutions making possible to pay directly with a payment card when using public transport. However, no solid business case currently exists for these solutions.

The Rejsekort back-office system is designed so that Rejsekort A/S can offer the transport operators account-based solutions for customers.

Bjørn Wahlsten has been CEO of Rejsekort A/S since July 2008. He studied MA in Economics from Copenhagen University and joined DSB while studying. From the summer of 1975 he was quickly assigned managerial and leadership responsibilities in the fields of HR and organisational development. He then became Deputy Manager of Passenger Trains between 1984 and 1986, then Head of Full-Load and Combined Traffic at DSB Goods from 1986 to 1991. Bjørn then returned to the field of passenger trains with responsibility for the InterCity product and commercial planning in the run-up to the opening of the Great Belt Bridge. He was then appointed InterCity Division Manager in 1993, Director of National and Regional Passenger Trains in 1999 and Member of DSB Group Senior Management. In September 2016 Bjørn became a member of Eurotransport’s Advisory Board. 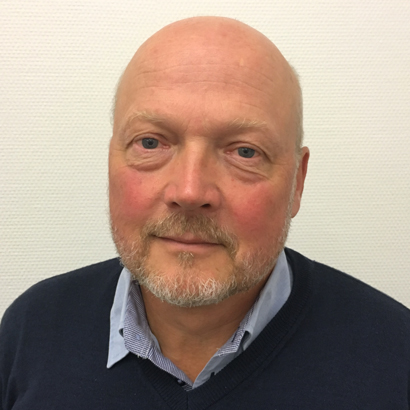