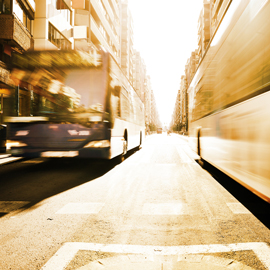 The subject matter for the magazine this month is safety and security, which by any stretch of the imagination are two very wide subjects that could go in a number of different directions, so I am going to go off at a tangent to start this blog.

Let’s look at the security aspect first, following Theresa May’s announcement that she will trigger article 50 by the end of March 2017 to take the UK out of the EU’s political control, but not put off Europe, what will happen to those transport businesses owned by foreign companies? The answer is absolutely nothing, business does not operate on political lines and they will carry on as they did before. They may have to change the way they send money back to their parent company however, they already do that as we are not in the Euro, so they are secure in their operations for the foreseeable future.

What about security of staff and their employment, well, all UK based staff should be secure (that is both UK and EU staff) unless the EU decide to take away British residents rights in EU countries, are they really that stupid that they would damage their own peoples’ right to work anywhere in the World? I suspect not so they will be OK but, working practices and technology will mean that the jobs will change. Look at bus travel, at one time we had a driver and a conductor to collect the fares and issue tickets, now we have one-person-operation and more than likely you have to buy your ticket before boarding the bus so all the driver has to do is drive.

We have seen the stupidity of some unions here in the UK where change is just not acceptable, the Southern Rail strikes are a point in case, the guards will no longer open and close the doors, the driver will do this and, all of the safety agencies have said that is acceptable. It has been going on for over 20 years in the UK and is the norm in Europe, and the staff that are not opening doors have been guaranteed their jobs with no loss of pay, so what’s the problem? From my viewpoint the unions are pushing transport businesses further towards technology and the subsequent loss of jobs by their own actions, there will be a solution to having one-person operated trains somewhere in this vast technological world and so employment security is bound to decline. The same can be said of drivers per se, with technology coming online will we need drivers in the future?, autonomous vehicles are already undergoing trials across the world and if they can work on roads then for certain they can operate on railways, in fact they are already widely used on the Paris Metro system and are increasingly becoming more common on the World’s other metro systems. My view is that technology is increasingly going to be involved in transport operations and that the number of staff overall required to operate the system will continue to decline and so job security will actually decrease over the coming years. What we may have to consider as employers is deploying some of these staff in other roles. For instance most rail systems have closed ticket offices and moved to vending machines for tickets but, have then moved the displaced ticket office staff out onto the concourse to assist passengers, this both increases staff visibility and improves customer interaction.

Now, let’s look at safety in different ways, firstly in light of the attacks that we have seen across the world just recently. Is there any way that we can make our transport systems totally safe and still operational, the answer is NO, if someone is determined to strike at the travelling public then there is no way we can realistically stop them. We found this out in the UK during the period when the IRA was bombing UK mainland transport systems. What we can do is work with the police and security services to look at trends in attacks and prepare strategies to mitigate any potential threats that might be planned. We can also train our staff how to be vigilant and how to spot potential trouble spots during their working day.

We also need to keep our passengers informed about what the current state of alert is by reminding them about leaving unattended bags and packages etc. It is not perfect but, is probably the best any of us can do, however, each and every passenger has to take some responsibility for looking out for potential problems and reporting anything suspicious they may see or even hear. I know that when I travel I am constantly looking around me for changes that might make me uncomfortable, not that it will stop me travelling but I am aware of where I am, where escape routes are and what the emergency procedure are. For instance I always check where emergency exits are on buses, trams, trains and aircraft as well as what direction I would need to go in if an emergency arose and how far I need to go to get to an exit, which may not be the closest to me. I also note where I can find staff if I do spot something suspicious or if I cannot see staff who can I inform, police, etc.?

The safety of our rolling stock is probably one of the highest in the world, the legal requirements to maintain operational vehicles to the minimum standard is very often exceeded by a large margin because if you maintain your fleet properly then breakdowns reduce and costs can be controlled. In addition we have very proactive enforcement officers, especially on road operations where both vehicle and traffic examiners work closely together and use an intelligence based system to police operators. This means that if you maintain your rolling stock at a high level you are unlikely to get stopped in organised checks to check that your vehicles are safe.

Comparing this regime to others across Europe, I find that we are way ahead of the game However, the EU has mandated better testing regimes throughout the 27 member states and they are now able to leapfrog us to use the latest technologies etc. to ensure that vehicles operating within and through their states meet and exceed the minimum safety standards.

In my view this will not change when we leave the EU, we will still have to prove that our vehicles are safe and comply with all relevant legislation, be it EU based or more likely EEC based. One piece of good news is that the Transport Research Laboratory, based at Crowthorne, Berks, has just been awarded a major four-year contract to fulfil a key role in assisting the EU to shaping future European transport policy following a solus award of the latest European Commission (EC) Automotive Safety Framework, so the UK will be at the forefront of any road based legislative proposals for the future.

The agreement will see experts from the Transport Research Laboratory (TRL) help EC policymakers prevent future road collisions and casualties through improved automotive safety. Areas of focus include connected and autonomous vehicles, crash avoidance, active and passive safety, in addition to the harmonisation of global vehicle standards. The latest framework follows on from eight successful years in which TRL was part of a cascade arrangement, working alongside organisations from across Europe to determine, evaluate and make recommendations on feasible and cost effective changes to vehicle safety regulations.