Automated Metros: Where is the driver?

A ‘state-of-the-art’ metro system is one that is operated with driverless vehicles, and many metros worldwide now operate with driverless trains as they can help to reduce the operational costs and of improving the frequency of services as well as improving overall safety.

There may be concerns that some passengers could be reluctant to travel on driverless or unattended trains. However, this concern is seen to be more of a perception than a reality given the widespread acceptance of such systems by passengers around the world and the proven safety record of such systems.

In general there are two basic types for the automation of metros systems: driverless and with driver. These systems are then divided into five types of ‘Grade of Automation’ according to EN 62290.

In fact, the train driver must drive and operate the train whilst supervising the guide way of the train on the track. In the stations, the operating staff must supervise passenger transfer.

Finally, the train driver is responsible for the safety of the train. This contains the detections and management of emergency situations.

When operating under this system, the train control system is responsible to ensure the safe route and safe separation of the trains.

All the rest of the necessary functions to operate and drive the train in a safe way, has to be controlled by the operations staff.

Driverless train operation does not need any train driver. All necessary functions will be controlled by the system. In order to supervise the passenger transfer, operate the train and ensure the detection and management of emergency situations, a train attendant will therefore be necessary.

Unattended train operation does not need a train attendant on-board the trains. All necessary functions for the safe operation of the system, including supervising the passenger transfer and train operation, will be performed by the system.

The detection and management of emergency situations will be controlled by staff within the operation control centre (OCC) or by the system itself.

Apart from the savings in staff costs, the greatest benefit of GoA4 is that train service can be tailored directly to demand with trains being brought into service as and when the demand increases.

There are several differences for the operation of driverless systems and of systems with a driver.

The main benefits of a driverless system include a shorter headway/higher frequency, plus a higher transport capacity.

Driverless systems allow short turnaround times. In these systems the time can be the same as the dwell time and does not depend on the human factor of the train driver. Especially in case of disturbances and delays, the transferring of delays can be minimised or even eliminated.

The driverless operation ensures the implementation of an energy optimal operational programme. So the power supply system might be less stressed and the energy consumption can be reduced.

The strategy of a punctual departure with GoA4 systems is easier to achieve than with a system with a driver. The individual behaviours of the driver can lead to changes (longer or shorter) of the dwell time.

Systems with driver/train attendants will not increase the train availability and avoid degraded modes. Technical failures can be solved by the staff in the stations or technical teams in readiness. Driverless systems enable a high level of service and an optimal usage of the rolling stock during degraded modes.

Advantages of driverless systems include:

In case of a train failure, technical staff could be required on-board the train to solve the failure.

It is worth remembering that emergency situations can occur, even if the availability of a system is over 99%. In general there are two important cases which impact the train operation:

In conclusion, systems with a driver or a train attendant will not increase the train availability and safety of the system itself, but could significantly increase passenger safety.

The long list of actual driverless metros throughout the world shows that risks connected to driverless operation can generally be considered as understood and controlled. Three different types of operation related to this topic are as follows:

Every train is provided with a driver being placed at the front to manually drive the train or supervise an automatic driving programme; both options are regarded equal from the point of safety and security as differences only concern the quality of operation.

Driverless operation but a train guard accompanies the train

In contrary to the ‘conventional operation with driver’ option, the train guard is not located in the front of the train. They may be concerned with supervising of passengers but will also be trained to drive the train manually in case of disruptions.

No staff concerned with the safe operation of the train is on-board. All functions including safety-related ones are completely automatic.

One of the big differences from an operational point-of-view of the systems is the staff. A general understanding is that driverless systems do not need any staff outside the OCC and stations. Table 3 shows a selection in which operational circumstances staff are necessary.

Depending on the GoA, different requirements are provided to the on-board telecommunications system. The telecommunication equipment is the technical consequence of the decision made for each operation mode.

With GoA4, the highest Grade of Automation, the Unattended Train Operation requires increased demands to the fully automated system and especially to the telecommunication systems.

On-board CCTV video surveillance systems have to supervise public safety and especially the situations inside the train units. Monitoring from the OCC/ ECC is required for operational aspects. For centralised on-board monitoring, the real-time transmission of video images from the metro train to the OCC/ ECC is required. Video images from inside the metro trains have to be transmitted to the centralised recording system in the OCC/ ECC.

Metro trains have to be equipped with a PA system for voice announcements which is directly connected to the OCC/ ECC via a radio system. Passenger announcements, including emergency situation handling, are initiated from the OCC/ ECC staff (might be automatically).

Monitoring/surveillance topics are fully centralised. Advanced centralisation of on-board communication functions are provided by the OCC with respect to the communication links of the public address systems and the emergency call devices.

The construction of a broadband radio system for real-time data transmission of video streams leads to increased investing costs in the telecommunications sector.

The following evaluations are based on the comparison between conventional and unattended train operation.

So, only differential cost were evaluated concerning the rolling stock, train control and signalling, telecommunication and staff. Cost components include estimations for capital cost, maintenance cost, and cost of operation.

Major differences between the alternatives are expected to result from a reduced passenger capacity of trains with driver cabs. Therefore additional trains were included (Capex and Opex) as well as higher energy consumption due to additional train runs in the GoA2 case.

The costs for the train control system of the GoA3 case were estimated to be in the same order of magnitude as the costs for conventional systems in GoA2 (+5%). Additional software functions lead to another 10% rise of costs in the case of GoA4. Belonging maintenance costs were evaluated calculating 2.1% of the differential capital costs.

Concerning Opex, considerable cost differences were caused by the need for drivers (GoA2), train attendants (GoA3) and no personnel on the trains (GoA4). In the case of GoA4, additional personnel were assigned to the OCC.

Higher costs for the GoA4 case are caused by additional measures for the radio system and the security management system.

With GoA4 railway systems, it is possible to minimise the operational staff. Cost-intensive staff on-board the rolling stock can be saved. Staff should be provided at the stations.

Unattended Train Operation has many benefits. The implementation of UTO systems allow operators to optimise the running time of trains, increasing the average speed of the system, shortening headways and reducing dwell time in stations.

By taking the human factor out of the driving equation, operators gain flexibility and can make better use of assets. UTO systems offer a more tailored service coverage, reducing overcapacity supply at off-peak hours and enabling operators to inject trains in response to sudden surges in demand – for example in the case of big events.

For new lines, automation costs have a relatively low comparative weight within the overall budget. The main cost factors are mainly connected to the rolling stock, the signalling and control systems and platform and track protection systems.

Full UTO represents a higher cost than traditional ATP systems. However, the current trend is to install CBTC systems on new lines – even with drivers. The signalling technology being basically the same, the cost difference is marginal in the case of a new line.

When factoring in operational costs, automated lines clearly come ahead of conventional lines. Some studies indicate an operational cost saving of 50%. Staff costs are greatly reduced thanks to the abolition of the drivers’ function, even in cases of line conversion, when staff is likely to be retrained and deployed to other functions.

Dr. Marc-Andre Klemenz has been Head of Operational and Transport Consulting and Head of International Projects for DB International GmbH of the Region Germany South since 2010. His fields of activity cover the development of operational concepts, operational simulation and feasibility studies for regional, urban, long-distance and freight rail-bound transportation.

Florian Norrenbrock is an Operational and Transport Consultant at DB International GmbH. His fields of activity cover the development of operational concepts and plans, simulations and feasibility studies both abroad and in Germany. 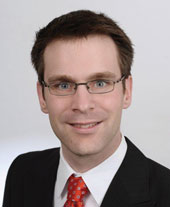