Mark Collins, Innovation Integration Lead at Transport for West Midlands, outlines the launch of a new DRT bus service in the West Midlands and examines its success. 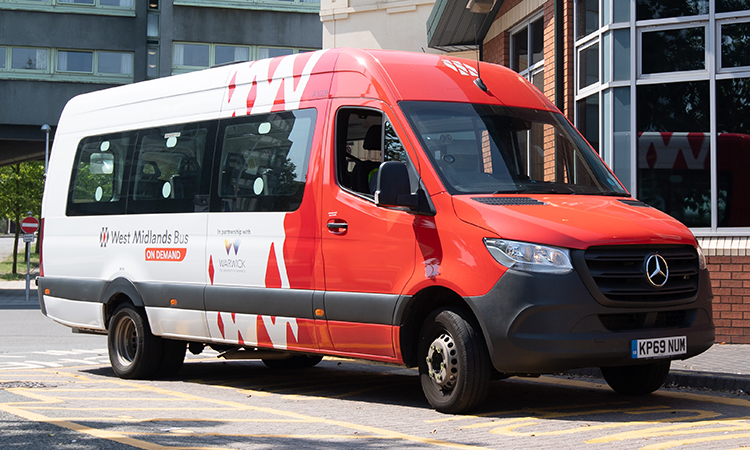 An ongoing partnership between Transport for West Midlands (TfWM), transport technology provider Via and vehicle operator Coachscanner is helping people to get where they need to go – without relying on private cars.

The project, first launched in April 2021, established West Midlands Bus On Demand, a Demand-Responsive Transport (DRT) bus system that operates in and around the University of Warwick. The service has been well-received so far, with hundreds of students and community members becoming early adopters and using it consistently. This article will explain why the scheme was introduced; what it means for both passengers and TfWM; and what insights it may yield for the further introduction of technology-powered transport throughout the UK.

What is Demand-Responsive Transport, and how does it work?

Demand-Responsive Transport, also known as on‑demand transport, is a form of transport that sits somewhere in between a traditional bus and a taxi. A DRT vehicle can have any capacity – from a small minivan up to the size of a traditional bus – and does not travel along a fixed route; instead, it adjusts its route and schedule dynamically to fulfil passenger trip requests. A DRT service may require passengers to walk to existing bus stops or meet them at algorithmically‑determined ‘virtual bus stops’ (corners or other landmarks), or may even meet them directly at their requested pickup address.

In any service model, DRT is significantly more efficient, and more eco-friendly, than a private taxi service, as it can aggregate multiple passengers who are travelling in the same direction. Moreover, it is convenient enough to get passengers out of privately‑owned vehicles: in a DRT scheme in Sevenoaks, UK, 73 per cent of surveyed car-owning passengers reported using their car less and replacing these trips with dynamic demand-response journeys.

Within the last five years, as new technologies have emerged to automate booking, routing and dispatch, DRT has grown in relevance to both passengers and transport operators”

Versions of DRT have been implemented throughout the UK for decades, typically in the form of rural transport services in regions that could not support traditional fixed route transport, or community transport services for passengers with disabilities. These ‘dial-a-bus’ schemes were, as the name implies, phone-based, with limited technology available to assist with optimising routes and schedules. As such, DRT had limited appeal to passengers, who had little flexibility for spontaneous trips, and transport agencies, who needed to take reservations and schedule and dispatch trips with paper manifests or by individual phone calls. These limitations kept DRT in fairly niche applications.

Within the last five years, as new technologies have emerged to automate booking, routing and dispatch, DRT has grown in relevance to both passengers and transport operators. Schemes have proliferated throughout the UK (and the world), offering more flexibility – with trips booked truly ‘on-demand’ by app, rather than hours or days in advance by phone – and significantly reducing the manual oversight required on the part of operators, transport authorities or local authorities. With these important changes, DRT has become a far more viable transport mode for both passengers, who experience greater convenience and quality of service, and transport operators, who require fewer resources. 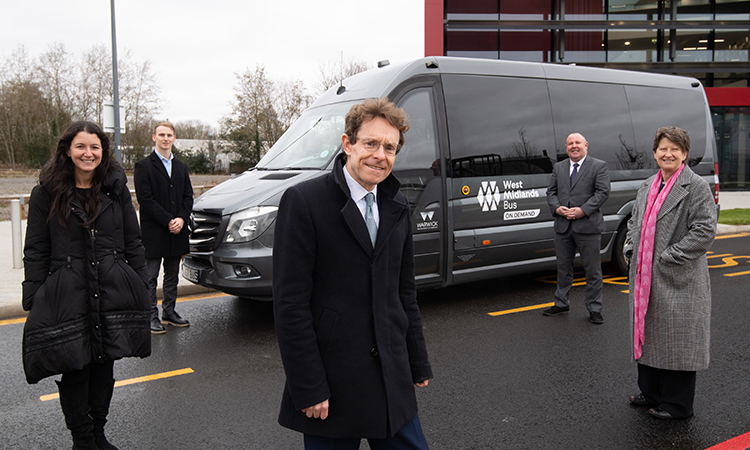 Origins of the TfWM DRT scheme

Transport for West Midlands implemented Bus On Demand as part of a broader push to empower and enable the resident population to make sustainable travel decisions. The West Midlands was selected as the first of four UK ‘Future Transport Zones’ (FTZ) – regions of the country designated to experiment with new transport technologies in an effort to reduce reliance on private cars and increase the sustainability of transport in the future. These zones are expected to deliver data-driven insights to help inform transport policy for the rest of the country.

As an FTZ, the West Midlands was granted £22 million in funding to trial several different approaches, including electric scooters, car-sharing and DRT, amongst others. Each new technology is intended to provide alternatives to private vehicles and reduce harmful emissions.

The new DRT system is an attempt to try something relatively new in the UK – namely, to assess how DRT might work in a semi-urban region with a population that has access to multiple transport options. Critically, TfWM’s selected DRT technology connects passengers to conventional transport as well, integrating the new service into the broader network.

The outcomes of this first project in the West Midlands could have a significant role in helping to inform other DRT projects that are currently being advanced by authorities around the UK. The UK’s National Bus Strategy, published earlier this year, attempts to reverse over a decade of declining bus ridership throughout the country and expressly includes DRT as an option to consider for small towns and rural regions, late night service and Sunday service. West Midlands Bus On Demand has the additional potential to demonstrate how DRT can compliment existing fixed route services in denser regions.

While the origins of West Midlands Bus On Demand were well in advance of the pandemic, COVID-19 and the impact that it continues to have lends even greater urgency to the need to look for new ways to persuade people out of private cars and back into shared mobility. DRT aims to help to ensure that bus travel can be both compelling and cost-efficient.

How does the TfWM DRT Scheme work?

TfWM designed its service as an additional, dynamic transport option for university affiliates and community members alike. The service area not only accommodates trips between University of Warwick campuses, but several important commercial and transport hubs, as well. Both the city centre and Coventry Railway Station are included in the service area, as are University Hospital, Pool Meadow Bus Station and Leamington Spa. Moreover, with the flexible nature of the underlying technology, zones, service hours and virtual bus stops can easily be modified. This allows TfWM to implement short-term service changes, like modified shuttle service during student welcome week, and carefully test and phase in longer-term strategic updates.

Passengers are able to plan their journeys by using the West Midlands Bus On Demand app, a white-labelled, Warwick-specific version of Via’s Rider App. When users sign into the app, they will be prompted to enter details about their journey. They will then be directed to a virtual ‘bus stop’, where they can access the DRT bus for a shared trip. In the event that no on-demand journey can be arranged, West Midlands Bus On Demand will suggest an alternative form of public transport that the passenger could use to reach their destination, ensuring that the DRT scheme functions as just one part of a thriving transport ecosystem. The app will provide all of the details about that alternate transport, including the cost.

Implementation and reception of the Demand-Responsive Transport project

The DRT system is run in partnership with Via and Coachscanner, a platform that tracks fluctuating demand levels to determine the need for vehicles and drivers. This unique demand-led operator response isn’t deployed elsewhere, but we forecast that this approach will help the deployment, improving our ability to manage costs and meet demand in equal measure. Together, these dynamic platforms provide the digital and physical infrastructure required to deliver flexible, on-demand trips throughout the University of Warwick region.

Just a few months into the on-demand transport trial, West Midlands Bus On Demand is already proving to be a success. TfWM’s data shows a high level of ridership since the April 2021 launch, with over 3,000 individuals signed up for the DRT app and a similar number of trips taken since.

Individuals who try DRT tend to become regular passengers, indicating that the system is successfully meeting passengers’ needs. The typical engagement among registered users ranged from 4.9 trips per account to 6.5 trips per account. The DRT service appears to be popular among university students and faculty, as 25 per cent of passengers were registered with university email accounts. The remaining passengers were not necessarily directly affiliated with the university, but live and work in the area.

With this first Bus On Demand project underway, TfWM is now looking at further areas around the region where it can apply these learnings and expand the potential of this innovative form of bus delivery.

Mark Collins is the Innovation Integration Lead at Transport for West Midlands (TfWM). He is leading the Future Transport Zone programme for the West Midlands and is heavily involved in establishing the future mobility strategy within TfWM. Before this, Collins spent 11 years at Jaguar Land Rover in a series of engineering and management roles, including vehicle prototyping, vehicle packaging, technology research and advanced engineering. With a degree in Mechanical and Automotive Engineering, he has extensive experience of delivering new technologies and mobility systems. 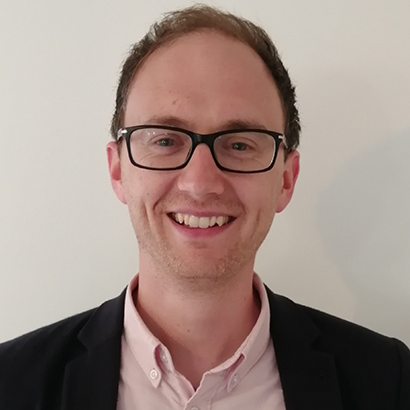 Coachscanner, Transport for West Midlands (TfWM), University of Warwick, Via